Although genders experience orgasms differently, pelvic floor contractions are associated with the intensity of all orgasms. The strength of these muscles are directly related to the intensity and duration of the orgasm. Stimulation and climax is dependent on the person in both men and women. Achieving an orgasm may simply come from clitoral or penile stimulation alone; however, studies show that both genders experience higher orgasmic pleasure through blended stimulation of multiple erogenous zones.1 2 In fact, both men and women reported quicker and increased intensity of orgasms as well as higher muscle temperature in the genitals (indicating level of arousal) induced by stimulation across multiple erogenous zones.3 4 5

In a self report, younger women described “a clitoral orgasm as localized, intense and physically satisfying, whereas a vaginal orgasm was described as stronger and longer lasting than clitoral orgasm, ‘deeper’, a ‘whole body’ sensation with throbbing feelings, and more psychologically satisfying”.4 Although subjective, most women found the most pleasure in a mix of stimulation to reach orgasm.

In the article mentioned above, Theragun by Therabody, Inc. was the main device referred to when describing this new era of sex toy. However Jigsaw, TimTam, and Lovgun were also mentioned; Lovgun specifically, as it is marketed and designed mainly for sexual stimulation. With all the different brands, functions, and pricing out there; how do we know which are the best?

Look no further! Below we will break down the top 5 massage guns for sexual stimulation based on price, performance, and quallity.

Let customers speak for us

It's not the reason I bought a massage gun, but it was the second thing I bought after I did. Phenomenal. Perfect size and feeling just... there are no words.

Absolutely loves it! Ran the battery dead the first time using it!

My girl really liked playing with It while I was recharging 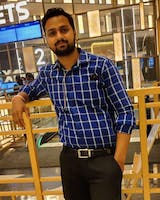 More words: I’m very impressed with this company and this product. I had a couple questions about the item’s size, and LovGun’s customer service was very responsive, even updating the website to help other customers have the same info they provided to me quickly available. Shipping was quick, discreet, and easy to track.

Now for the good part - I gave it a quick clean-up and attached it to our Hyperice Hypervolt… my wife was really happy with the texture and firmness, so it was go-time. Now I don’t remember just how many seconds passed, but I do know the climax lasted longer than it took to get there. My wife had to cover her mouth so we wouldn’t wake up the rest of the house.

If you’re on the fence about buying one of these, I strongly suggest you just go ahead and place your order. You won’t be disappointed. 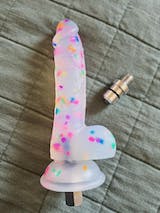 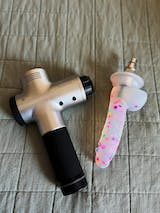